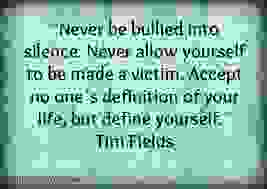 "Every time you shrug and say, "Oh that's a shame" and move on with your lives, you have just driven by the pimp beating the prostitute on the sidewalk for not providing him with enough quality merchandise..." - SAM

I don't consider myself overly political when it comes to social politics - save the whales, save the environment....I find myself in the category of being interested in those articles, wanting to improve (ex. recycle more), but I am far from a 'tree hugger' (which is yet another stereotype of being spiritual/new age/ or a channel).

Enter John Oliver. I love this dude. He is political, but he uses humor to get across his messages. As I watch his show (and subscribe to his youtube channel) I have become much more aware of the injustices that he has no fear in shining a light on. You go for it, John Oliver!!!

His latest one, on chicken farmers, got me thinking - do people who are trying to be 'a good person' ever wonder what the right thing to do is when you get sent a video like this? We live in Canada, this is a USA show, but much of what he talks about affects us too. So how can one be political and earth conscious without being considered some cuckoo who is constantly griping about conspiracy theories?

I decided I would ask SAM what exactly they thought about what we humans should be doing in regards to videos or articles that show up in social media. Do we share them? Ignore them? Get on the bandwagon? What is in balance?

This particular John Oliver video is about the whole chicken farming industry. It's 16 minutes so if you're not interested in watching, here is a really brief recap:

The farmers who raise the chickens in the most inhumane environment actually are not making money - they are below the poverty line due to the chicken companies regulating them, and the government not regulating the chicken companies. It's basically, according to SAM, a situation of bullying all around. The chickens are bullied by being put in these huge chicken houses, without sunlight or space to move. They are given antibiotics and growth hormones so when the chicken is ready to land on our dinner plate, it will be twice the size of a free range chicken. Farmers who speak out against the treatment and regulations of the chickens are then bullied by the chicken companies who buy their chickens - they are paid less if they complain, threatened, even shut down. The bigger your mouth and the more you try to stand up for what's right, the more chance you become bankrupt. So the farmers stay quiet, and stay abused by the system.

So who can save the day here? This is where the government is supposed to step in to make better regulations to protect the farmers and the chickens from the bullying. But instead, there is bullying within the political system, and so these 'regulations' never get passed. Bullying, bullying, bullying, it's all about power then, and not about what is truly for anyone's highest good.

So here is what SAM says in their own words:

We like the fact that we can take real life events and put our spin or perspective on them to show you a different lens with which to view the world. No, we don't think that the solution is for everyone to get on their soapbox, or chain themselves to the tree that is about to be removed. However, the power paradigm is completely out of balance. As a person who hears about these type of political situations (and there are many, chickens is but a simple example), you believe you have no power - after all, you know you're not going to chain yourself to a chicken house in efforts to save the chickens, nor are you going to 'save the farmers' by speaking out when you hear the farmers are getting threatened. So instead, human instinct is to have a moment of empathy, "Oh, isn't that awful!", maybe even send around the article or video, and then let it go. And yet...you forget that you, the consumer, have the most power of all, because the chicken companies are in business because of you.

Now in John Oliver's stance, he claimed near the end of his video that no one was going to stop eating chicken because everyone loved it. Instead, he wanted the pressure to be put on the new regulations bill that will be passed or not passed in the next month. Yet again, the bullying will interfere with 'doing the right thing' - for those in power will say yay or nay based on whether they have been threatened or feel safe enough to take a stand. So these individuals who hold the power as those who 'represent the people' aren't usually willing to be the sacrificial lamb. So then it has to go farther down the totem pole, and that comes back to you.

You the people, decide what happens to both the chickens and the farmers. Do you buy chicken brands that follow this type of practice? Or do you go the extra distance to a different store/shop that sells free range chickens or is supplied by local farmers?

Do you educate yourself about these situations so you actually know what you are buying, rather than just shrug as you quickly pick up your chicken at the most convenient supermarket?

It is a very powerless feeling to feel like you have no say in these bigger picture issues. And yet, the only reason you don't have say is because you choose to say nothing and do nothing. The power paradigm would switch to the companies having less power, and the government not being coerced into rejecting a bill amendment, if 'the people' were all buying chicken that had humane practices for both the animal in question and the farmers.

The paradigm is so unbalanced because you the people, do not feel like there is anything you can do. You, as humans, choose to take the lens of 'Well what can I do about it?".

Do you realize you do this in your personal life as well? You notice an injustice - something you have done/has been done to you in the past that you are unwilling to take accountability for. You instead choose to feel like a victim, and then get angrier that no one is saving you or standing up for you. Do you not see the irony, the bigger picture?

The consciousness of the planet still needs much work. The most work, in our mind, is in the place of self-accountability. There are many spiritual folks out there focusing on love, joy, peace.....yes yes, even the 'Kumbaya - All Is Well' stereotype. However there is a great need for folks to pay attention to what they do, what they say, and who and what they interact with. You each create your own experience, and in a sense, your own world.

Why are you agreeing to play the game in a world where chicken farmers are the prostitutes, the pimps are the companies/lack of government courage, and the chickens themselves are also pawns in this power imbalance? Every time you shrug and say "Oh that's a shame" and move on with your lives, you have just driven by the pimp beating the prostitute on the sidewalk for not providing him with enough quality merchandise - in this case, fat, diseased, hormone/steroid-filled chickens. If you passed someone on the road beating up a farmer, taking away his money, and threatening his life, would you drive by, or help? So why is this any different?

It is different because of what we call the 'ignorance is bliss' contract. Many of you humans have chosen to 'stay blind' to much of the power imbalances in the world today. This is the contract that you have made with your interaction on earth during this lifetime - the "It's not my problem...someone else will do something about it." If you see these issues with clarity, then accountability will be required on your parts to DO or SAY something, to make a change, and no one wants to be 'that person'. However, what if everyone was that person?

What if more people educated themselves to what is really happening, rather than blindly picking products without any understanding of how those products got from production to your table?

You need to become accountable as humans, in order to play the game with your eyes open.

We're not asking you to hug a chicken, chain yourself to a chicken coop, or stage a revolt in a town meeting. We are asking you to OPEN YOUR EYES, and pay attention to your own individual accountability for who you are, and what/who you choose to interact with on a daily basis. Do you feed into this imbalanced power paradigm, or do you heal it?

Something to ponder, isn't it?

copyright Source Within 2015. All rights reserved.

Pass it on!! Did this inspire you, make you chuckle, or challenge you thinking? Want to influence someone else's day? Then please forward this! It's as simple as joining our free membership to join the Source Within community or forwarding this through Facebook. Thanks in advance.